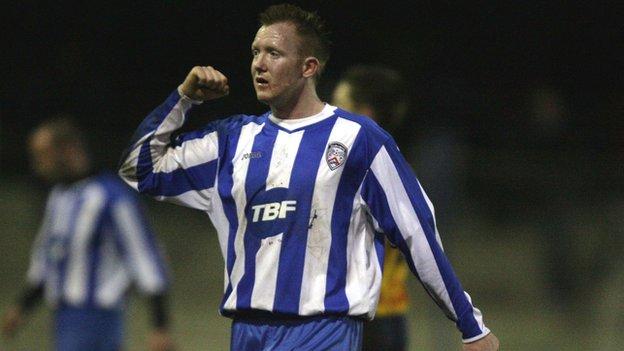 Linfield have announced the signing of former Coleraine central defender Kyle McVey on a one-year contract.

At the end of last season Coleraine revealed they were releasing the 27-year-old McVey, saying he had stalled on signing a new deal with them.

The Bannsiders said they had also planned to offer McVey a testimonial as had been with them for 10 years.

The signing is the latest in a string of acquisitions by Linfield as they seek to reclaim the Premiership title.

Linfield ended up a massive 29 points behind Cliftonville but, despite that, bookmakers have installed the Windsor Park men in their traditional slot as pre-season favourites to win the Gibson Cup.