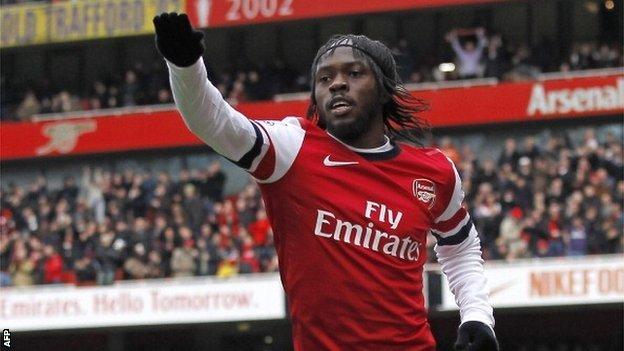 Gervinho has joined Italian Serie A side Roma from Arsenal in an £8m deal.

He was signed from Lille by Gunners boss Arsene Wenger in 2011, but managed only four goals in his first campaign before scoring seven last term.

An Arsenal statement read: "Everyone would like to thank Gervinho for his contribution to the club and wish him well for his future career."

The forward has been capped 45 times by the Ivory Coast and represented them at this year's Africa Cup of Nations.

He began his career at the ASEC Abidjan academy in his home country before spells at Beveren in Belgium and Le Mans in France.

But he made his name at Lille, where he won a Ligue 1 and Coupe de France double in 2011.

He is the 13th signing this summer by Roma coach Rudi Garcia, whose side finished sixth in Serie A last season.