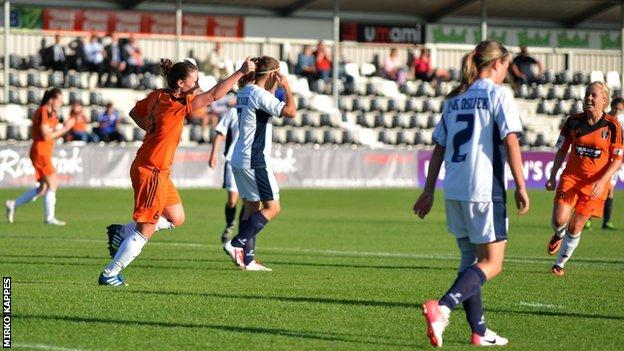 Jo Love scored a hat-trick for the Scottish, while Sarah Crilly, Suzanne Lappin and Lisa Robertson were also on target.

Leanne Ross converted a penalty after Lappin had been fouled.

And Birkirkara will take on Glasgow in Saturday's fixtures.

City head coach Eddie Wolecki Black said: "It is great start to the group stage and it sets us up well now for Saturday's game.

"It was great to see Sarah Crilly and Lisa Robertson score their first European goals.

"However, it has to be said that it was a real team performance and it will be that which carries us through this tournament."