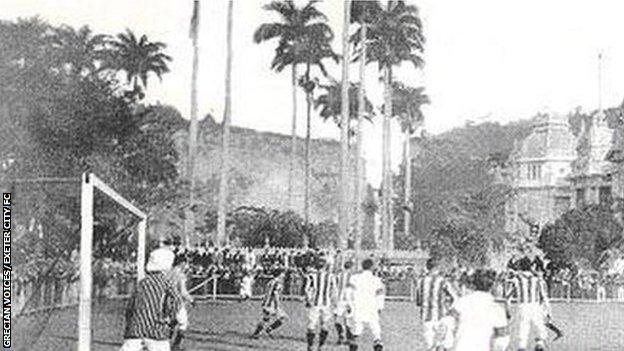 Exeter have a historic link with the South American country after providing the opposition for what is now regarded as the national team's first-ever game.

Brazilian passport holders can watch the clash with Neil Ardley's side at St James Park on 17 August for nothing.

"We'll be celebrating an important and unique relationship that we have with Brazil and their whole footballing culture.

"Brazil and its people are a big part of our own history as a club, and they are always welcome at St James Park.

"We would love to see a big Brazilian contingent for the Wimbledon game, to help make it a colourful and energetic atmosphere."

The Grecians are also marking their links with a friendly against Fluminense in July next year.

The day will also feature Brazil-themed entertainment, including a samba band.