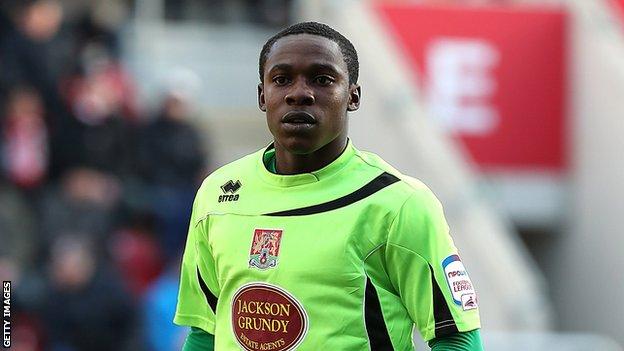 Oyeleke, 20, has made three appearances for the Bees while midfielder Wickham, 19, was most recently on the books at Crawley but never played for them.

Brown is also a midfielder.

"Chris Barker is well-regarded wherever he's been and we needed an experienced head to guide our younger players along.

"Aaron is a young man with real ability who works very hard, is quick and scores goals and Cameron is one of the most talented footballers, with the ball at his feet, that I've seen for a long time."