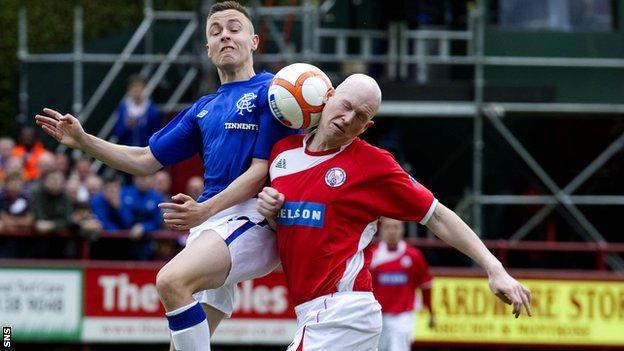 Clubs in the rebranded Scottish Championship, League One and League Two begin their league season on Saturday.

Promoted Rangers host Brechin City in the lunchtime League One encounter, with the derby between East Fife and Dunfermline kicking off at 15:00 BST.

In the Championship, relegated Dundee visit promoted Queen of the South while Morton host Cowdenbeath.

And in League Two, Albion Rovers begin life in Scotland's lowest senior tier with a trip to Elgin City.

The three leagues, formerly known as Divisions One, Two and Three, are now under the auspices of the Scottish Professional Football League along with the Scottish Premiership.

This followed the merger of the Scottish Premier League and Scottish Football League organisations.

Queen of the South v Dundee