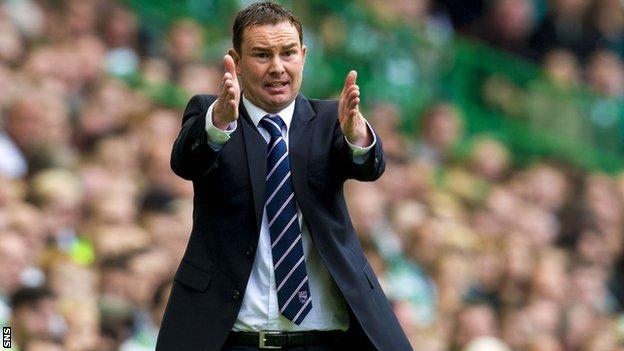 "Any promoted side when they are coming have that advantage of being on a winning run, and they look to try to win every game," said Adams.

"We went into last season on a long unbeaten run and kept that going for a while when we came up."

County achieved a top-six finish in their debut season in the top flight but lost their Scottish Premiership opener against Celtic last Saturday, with Thistle having drawn with Dundee United the previous evening.

"We had a magnificent season last season finishing in fifth position," Adams said.

"Partick will be the same as us last season, wanting to stay in the Premier League. We want to do the same this year as well.

"If you set that target then you can move forward from there.

"When you come up you want to be solid and Partick will be no different."