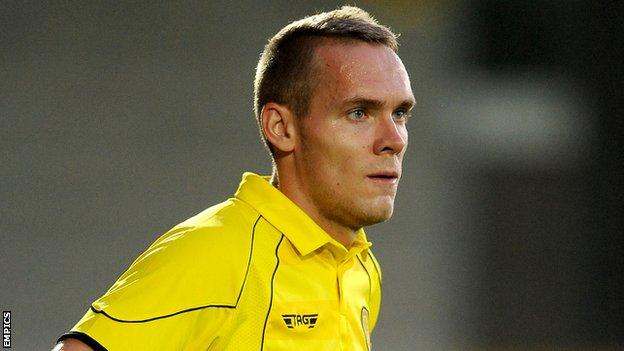 Chris Hussey was in fine form as Burton fended off a Fleetwood fightback to continue their unbeaten start to the League Two season.

Two corners from Hussey provided goals for the visitors; Rene Howe firing in the first and Adam McGurk tapping home the second.

Howe then returned the favour, flicking on a header for Hussey to lash home.

Jeff Hughes pulled one back with a low drive and Jamille Matt flicked in a second, but it was not enough.

Burton have picked up two wins and a draw from their opening three league matches, while Fleetwood had won twice before Saturday's defeat.

"The wind and the rain meant it was always going to be a difficult game.

"I thought we were absolutely magnificent in the first half and we could easily have been well out of sight.

"I thought the game plan we came here with, against a side who are favourites for promotion, it was a magnificent achievement to go 3-nil up against them on their home ground.

"There were one or two chances in the second half too, but we knew they'd come out angry and have a go at us."