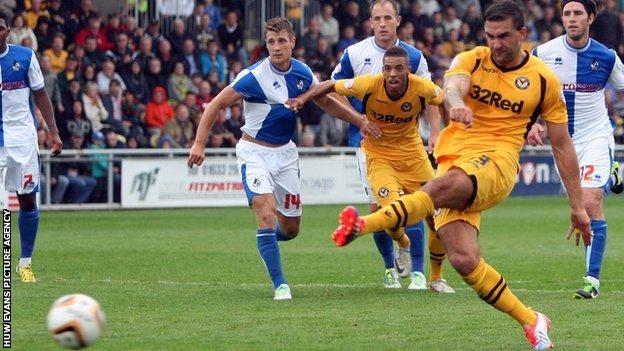 The 42nd-minute winner came after Christian Jolley was fouled in the box by visiting skipper Tom Parkes.

It was the hosts' second victory in three attempts since returning to the Football League and sent them up three places to seventh in League Two.

But Justin Edinburgh's side left Rovers without a league win this season as they dropped four spots to 20th.