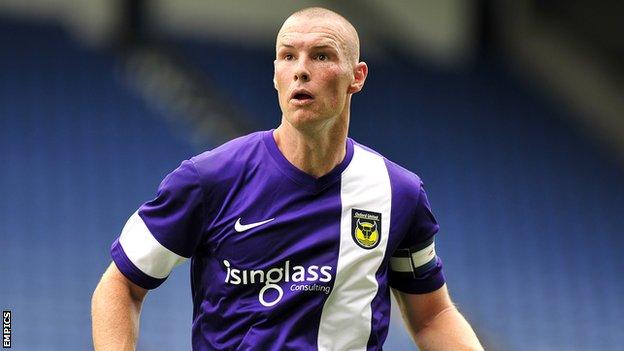 James Constable was on target as Oxford United maintained their perfect start to the season with victory at Torquay.

Deane Smalley put the visitors ahead just after half-time when he flicked home Danny Rose's cross.

Callum Ball then rattled the crossbar for the home side, only for substitute Constable to latch on to a long goal kick and double Oxford's lead.

Jordan Chapell tapped in for the Gulls, but Asa Hall restored Oxford's two-goal cushion at the second time of asking.