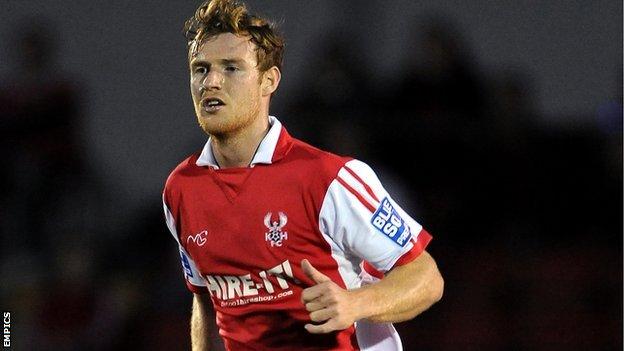 The visitors had the better of the first half with a header from Michael Gash hitting the bar.

Braintree came out quickly after the break with Harriers' keeper Daniel Lewis having to make a fine save from a Kenny Davis shot.

But Storer had the final say, firing in the winner just a minute from time to give the Harriers all three points.

"First half we weren't great to be fair. I think we gave them too much respect, stood off them too far.

"We were a lot better second half. I'm just gutted for them, we've got to stop crosses from going in our box, it was too easy.

"They are a good side but second half there was few chances and I wanted to hold on for a point.

"We've got to set our own standards and I didn't think we turned up first half, didn't play the way we know we want to play."