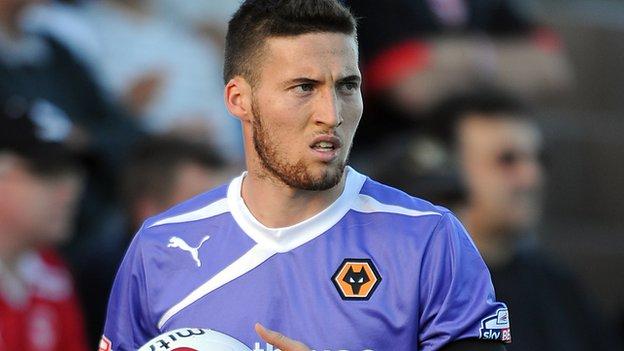 Matt Doherty struck a late winner as Wolves maintained their unbeaten start to the League One season with victory at Bristol City.

Wolves dominated the first half and went ahead when Bakary Sako curled in a left footed free-kick from 25 yards.

But with time running out Doherty popped up at the far post to volley home Sako's cross.

"Disappointment - the only inevitability in football is that you are going to lose games.

"We're trying to move the team towards becoming a possession-based squad. But we didn't pass the ball and were camped at the edge of our box.

"That doesn't do the player or the team any good so you have to make a change, is not nice to do but it's just practical."