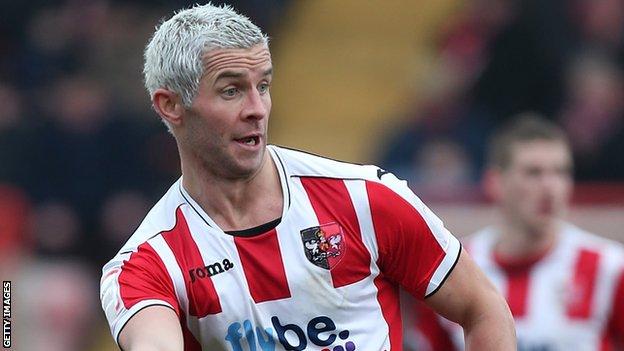 John O'Flynn's brace ensured Exeter maintained their unbeaten start to the season with a win over AFC Wimbledon.

The Irishman's low, deflected shot from the edge of the box put the Grecians in front and he should have doubled his tally after rounding the keeper.

But the striker made amends, finishing a brilliant counter attack from close range after Dave Wheeler's cross.

Chances were limited after the break as Wimbledon's best chance saw Andy Frampton's header cleared off the line.

"Really disappointing. I'm not going to defend the boys - if we were unlucky to lose I would say so but they were the better team.

"I said to the players that one thing that is high on the list are the givens, which are; energy, the pace, the desire and one v one battles. We need to be able to master them.

"We were so off the pace in the first half. We were one-paced, they played at theirs and it was twice as good as us."