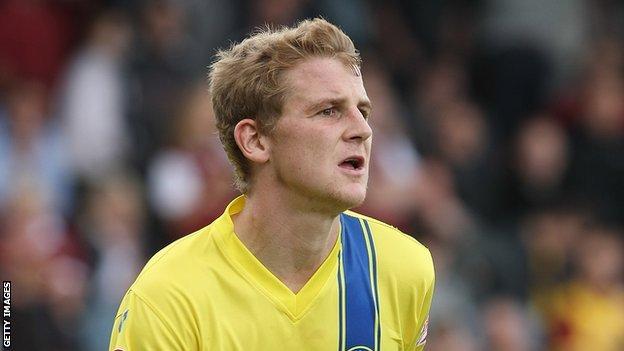 Cambridge United moved to the top of the formative Conference Premier table with a narrow win at Aldershot.

Joe Oastler headed into his own net from Harrison Dunk's cross to give the U's the lead in a drab first half.

Aldershot almost equalised after the break as Aaron Wickham fired into the side netting and Craig Stanley's fizzing 25-yard drive was saved.

Ryan Donaldson blasted a late penalty over for Cambridge but his side held on for their second win of the season.

The Shots remain bottom of the league following their 10-point deduction at the start of the campaign.

"We didn't start at the tempo that we needed to stretch the game and that lulled us into a false sense of security.

"Players started doing bits and pieces of what we hadn't worked on and we were out of shape.

"We lacked quality in the final third, we still need to get players into the box more and set plays need to be better. But these are all things we haven't had a chance to work on.

"To lose 1-nil to an own goal and dominate large spells against a strong Cambridge side who are top of the league - we will learn the lessons."