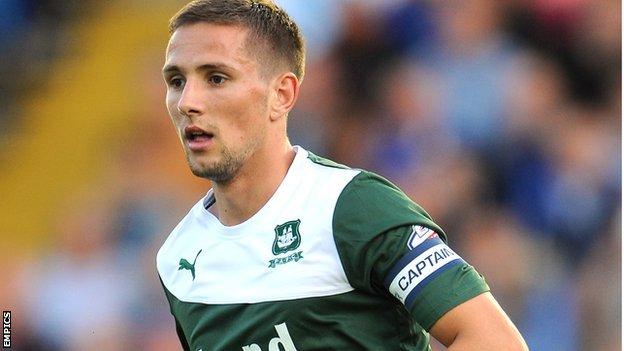 Plymouth Argyle secured their first points of the season with a comfortable win over Cheltenham Town.

Conor Hourihane then doubled their lead with a stunning 22-yard strike and the visitors added a third before the break through Romuald Boco's right-foot shot.

The hosts got one back courtesy of Matt Richards' curling free-kick but Argyle held out to take all three points.

"Myself and the players owe an apology to the supporters for an inept last hour of the game.

"We're not working hard as a team, defending starts up front and I just thought today that we were dominated in the last hour by two players in the middle of a park and two players that played up top.

"I thought we were bullied and we made some bad decisions with the ball position, we've got to be better."

"I'm the manager and I'll take the rap, but the players have got to share that too. We've got two tough away games now and we've got to be a damn sight better."