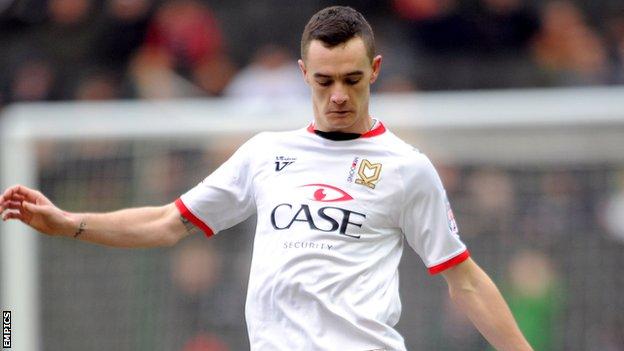 Preston are still without a win in League One after a Shaun Williams penalty earned MK Dons a point.

The hosts went ahead when Anthony Kay turned into his own net, only for Jason Banton to equalise with a piledriver from long range.

But Williams levelled from the spot after Chris Humphrey felled Samir Carruthers.

"To come to Preston North End today and put a performance on like that shows it was a statement of intent from the players to me, I think.

"It's a good side that their manager has assembled and I thought we more than deserved the point today.

"The interesting thing for me now is that our players are becoming more obvious on the eye to fans. We wanted a philosophy and an ethos that people could associate certain types of players with MK Dons and he's (Samir Carruthers) definitely an MK Dons style of player."