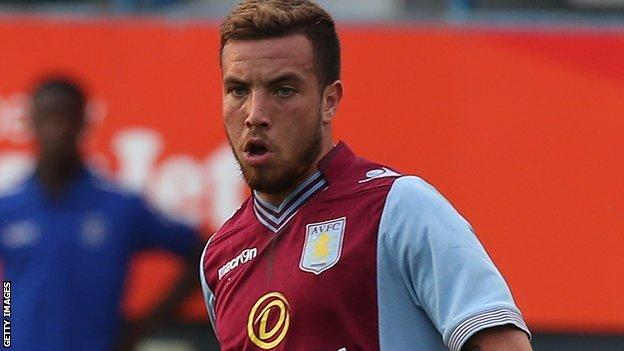 Aston Villa youngster Samir Carruthers has joined League One side MK Dons on a youth loan until January.

The Republic of Ireland Under-21 international, 20, has made three Premier League substitute appearances to his parent club.

"Last year I sat around on the bench a lot, I wasn't really playing," he told the MK Dons website.

"This year the manager [Paul Lambert] has let me get some game time on loan and I am looking forward to it."

He continued: "All I want to do is play football and show what I can do so hopefully I can do that here."

Carruthers signed a new two-year contract with Villa in the summer.