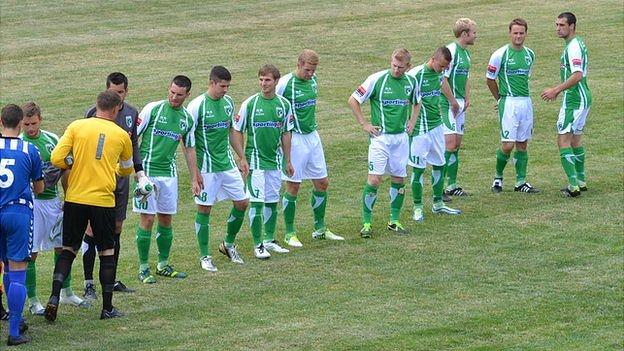 Guernsey FC began their Ryman South League campaign with a 1-0 win away to Herne Bay.

After a goalless first half, despite chances at both ends, Marc McGrath got on the end of a great ball from Matt Loaring to slot it home.

The Green Lions moved up to step four of the non-league pyramid after the side's second successive promotion.

"It was hard fought victory but I thought we deserved it," Guernsey manager Tony Vance said.

"We created a number of chances, didn't quite make the keeper work enough but I thought we were worthy winners.

"It was a difficult surface to play on, very sticky, very dry, couldn't play flowing football but we adapted."

It is the first time Guernsey, formed in 2011, have won their first away game of the season.

The side, which finished second by two points to Egham Town in the Combined Counties Premier Division last season, face Horsham on Wednesday in their first home game of Ryman South, officially known as Division One South of the Isthmian League.