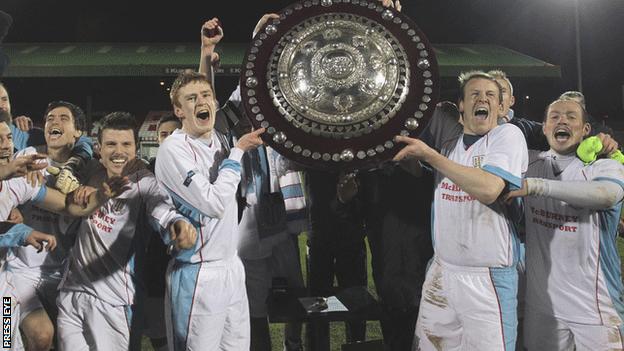 Glentoran will host league champions Cliftonville in the first round of the County Antrim Shield next month.

The match will be a repeat of last season's Irish Cup final, which was won by the Glens.

Ballymena United start the defence of the trophy at home against Donegal Celtic while Linfield go up against Ards at Windsor Park.

Crusaders have a Seaview meeting with Lisburn Distllery in the four first-round games on Tuesday, 24 September.