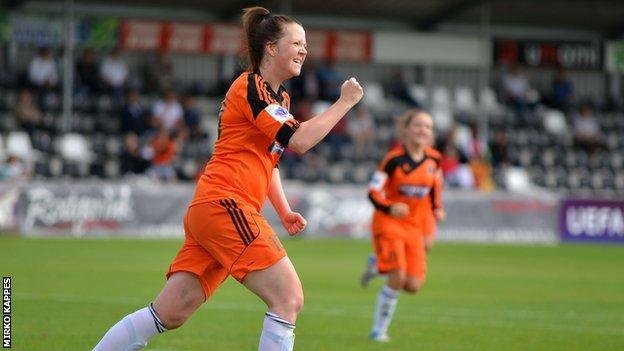 Suzanne Lappin, Ruesha Littlejohn (penalty), Ciara Barnes, and Suzanne Malone all netted before the break for the Scottish champions.

City, who on Thursday, complete their group campaign against hosts FC Twente on Tuesday.

"Six points out of six now puts us in a good position going into the last match against FC Twente.

"We have managed to utilise the whole squad and therefore everyone should feel a part of anything we may go on to achieve.

"We now have the chance to get the players rested before what I believe will be the crucial match in the group."