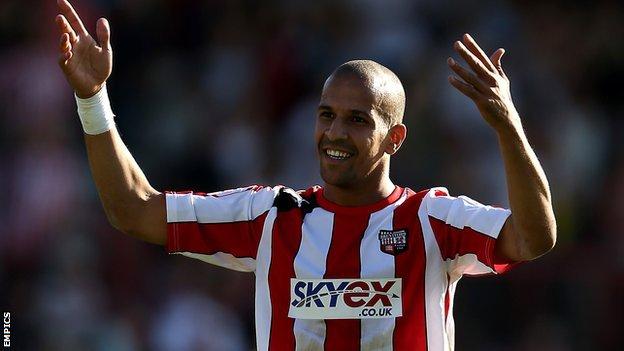 The visitors then had the majority of chances and Will Grigg should have hit the target after George Saville intelligently played him through.

But they left it until the fifth minute of injury time before El Alagui volleyed past keeper Stuart Nelson.

"I could complain [about not being given a last-minute penalty] but that's fish and chip paper now.

"The referee says he thinks Cody [McDonald] kicked the ground while Cody thinks the lad's caught him. Cody's not that type of player but the referee gives what he sees.

"I said if we keep being consistent results will come our way and we showed that today. We changed the point of attack very well, very quickly and created problems for them.

"I don't think [the equaliser] should detract from the performance today. I think it's been fantastic."