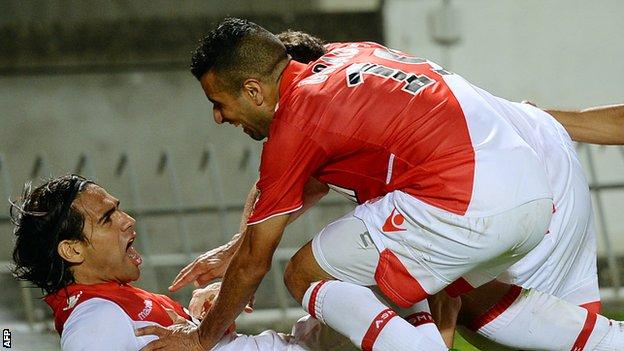 Radamel Falcao scored on his Ligue 1 debut as Monaco left it late to record a 2-0 win in Bordeaux.

The 27-year-old Colombia striker - who moved from Atletico Madrid this summer in a deal reportedly worth £50m - pounced on a loose ball to slide in his expensively assembled side's second.

Elsewhere, there were wins for seven-time champions Lyon, Nantes, Rennes, Valenciennes and Lille.

Paris St-Germain were held to a 1-1 draw at Montpellier on Friday.

Despite the money lavished on them, the principality side seemed to be headed towards a draw before Emmanuel Riviere and Falcao scrambled home in the final stages.