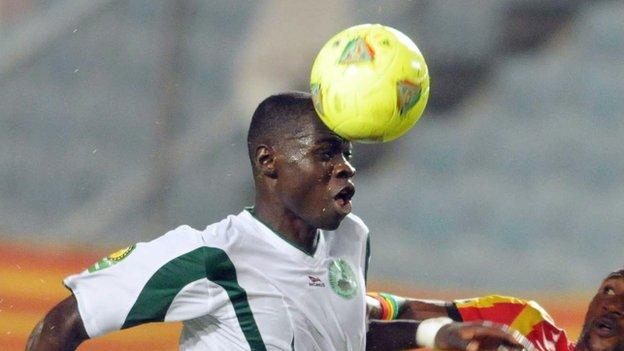 Cameroon side Coton Sport overcame a first-half red card to defeat Sewe Sports of Ivory Coast 1-0 in their rescheduled Champions League Group B clash in Garoua on Sunday.

The victory leaves all four sides in the pool on three points after two rounds of matches, though Sewe Sport stay top on goals scored ahead of Esperance of Tunisia, with Angola's Recreativo Libolo in third and Coton Sport last.

Coton Sport dominated possession and chances from the start but suffered a setback when Cameroon international Haman lashed out with his boot at an opponent on the ground and was sent off by Gabon referee Eric Otogo-Castane.

It was the second red card for Coton Sport in as many matches after skipper Jean Jules Bapidi Fils received his marching orders in their last encounter against Esperance.

The numerical disadvantage did not slow the home side, who went ahead when Yougouda scored his fifth goal of the campaign on 58 minutes.

The match was originally scheduled to be played in the opening round of games in July but was postponed while the Cameroon Football Federation was under a Fifa suspension that has since been lifted.