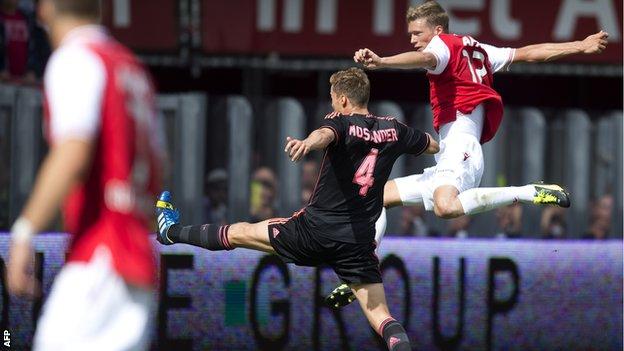 Dutch champions Ajax twice threw away a lead to lose 3-2 to AZ Alkmaar on the second day of the Eredivisie season.

Feyenoord had an even worse Sunday as they were comprehensively beaten 4-1 at home to Twente - their second successive defeat.

The Rotterdammers were looking good for their first points of the season when Graziano Pelle fired them ahead. However, Kyle Ebecilio levelled before Dusan Tadic scored two penalties and Luc Castaignos rounded off the scoring. Feyenoord finished with nine men following red cards for Jordy Van Deelen and Stefan de Vrij.

PSV, PEC Zwolle, Utrecht and Heerenveen are the four teams who still have 100% records in the new Eredivisie campaign.