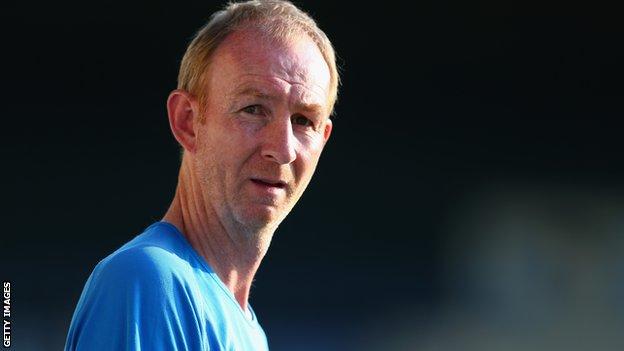 Torquay boss Alan Knill says his side's consistency needs to improve if they are to start turning draws into wins.

The Gulls trailed 1-0 to Morecambe at half-time on Saturday but a much-improved display after the break saw them secure a deserved 1-1 draw.

"It's a decent result considering the first half wasn't up to the standard we expect," Knill told BBC Radio Devon.

The supporters stayed with the players no matter what

Torquay have drawn their opening two league encounters, with the 1-1 result against Morecambe following on the heels of a 1-1 draw with AFC Wimbledon.

"It really was a game of two halves," added Knill.

"We can make excuses about the travel but if we're honest, the first half wasn't acceptable.

"We wanted to play a higher tempo in the first half but didn't have it. I was just glad to get in at half-time at 1-0 down as I sensed they were going to score again.

"Then we were able to reshape and refocus and I thought we were the better team in the second half."

"It was a great goal by Karl. We needed to score at that time and we got back with a great finish," he said.

Meanwhile, the club have announced a friendly against Cheltenham on Tuesday as Knill seeks to give more of his squad game time.