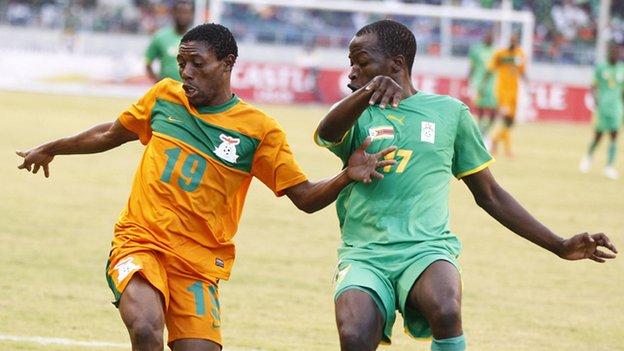 Zimbabwe and Zambia were unable to play the fist leg of their African Nations Championship second-round qualifier on Sunday because the match officials failed to show up.

Cameroonian referee Aurelien Juenkou and his assistants Fuanta Joseph Lambi, Elvis Noupue and Christopher Nde were due to officiate the tie in Harare.

The officials had initially been expected to arrive at 1000 (local time) on Saturday but when they indicated that they had missed their flight from Nairobi to Harare, their arrival time was revised to Sunday afternoon.

But when it became apparent that the referees would not be in Harare on time, McLeod was forced to call the game off.

The match will now be staged at the same venue on 18 August, with the return leg to be played on 24 August as scheduled.

It was not the only postponement of the weekend as Mozambique's first-leg meeting with Angola was also cancelled and rearranged for the 25 August.