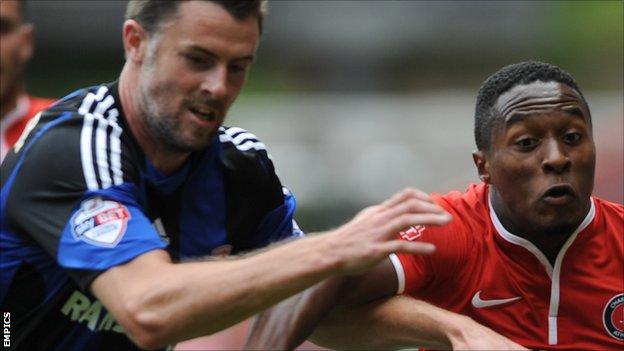 Middlesbrough manager Tony Mowbray has said has made an impression at the Riverside following his summer arrival.

"We were all hit in the face by his drive, his personality, his voice and his manliness," Mowbray told BBC Tees.

"It ties that part of the pitch up now, he just gets on with the job. He's a low-maintenance footballer."

He added: "You need some of them in your team, and when we get to January or February and go to Huddersfield and there's no grass on the pitch you need players who just do that job, and I think he fits the bill."

Richardson, who lists Leeds and Southampton among his former clubs, joined Boro this summer after his contract at St Mary's came to an end.