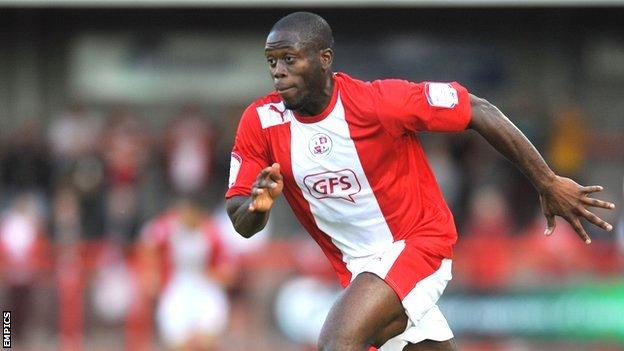 He was released by Pompey at the end of last season and seemed set to join League Two side Dagenham & Redbridge, where he has twice been on loan.

The 24-year-old became the first player whose transfer was voted for by a club's members when he joined Bristol City from Ebbsfleet in 2008.

Akinde joined Pompey in January and played 11 games but only started three.