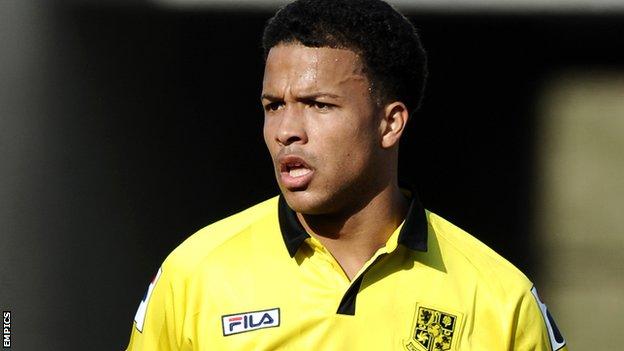 Winger Joe Thompson is sure he will produce his best form for Tranmere Rovers if people at the League One club show belief in his ability.

After a mixed first year at Rovers he has started this term well, scoring twice in the

"Confidence is a massive factor for me. The pre-season I've had has given me a lot of confidence," said Thompson, 24.

"I laugh and joke about it, but all I want is a bit of love. If you give me the love, I'll give you what I've got."

He told BBC Radio Merseyside: "The key is not to get carried away and keep doing the basics right. Then, hopefully, it will all come together."

If we can't get players to do it, we'll have to get some players in on loan who can do it

He was an unused substitute in Rovers' League One opener at Walsall but started the League Cup victory over Mansfield and kept his place on Saturday.

Despite Thompson's first-half brace, Tranmere could not secure their first league win of the season and needed a stoppage-time equaliser from summer signing Ryan Lowe to collect their first point.

Manager Ronnie Moore was disappointed with his side's defending from set-pieces in the game at Prenton Park, particularly for the two goals scored by Crawley centre-back Joe Walsh.

"We've worked non-stop on it since pre-season," said Moore.

"Akpo Sodje is six feet two - how can he get beaten [in the air] by somebody? It's scandalous. Then Jean-Louis [Akpa Akpro] comes on and does the same thing.

"We'll go back again and do it morning and afternoon. If we can't get players to do it, we'll have to get some players in on loan who can do it. It's as simple as that."