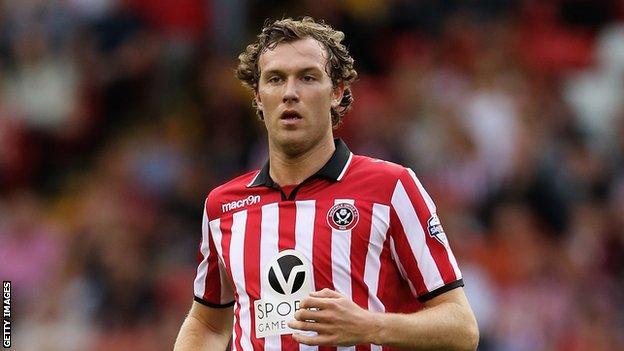 Wolves have signed Kevin McDonald from League One rivals Sheffield United for an undisclosed fee.

The 24-year-old made 91 appearances for the Blades in two years after joining on a free transfer from Burnley.

After a fee was agreed last week the former Scotland Under-21 midfielder has signed a three-year deal at Molineux.

McDonald has become new Wolves head coach Kenny Jackett's second signing of the summer, after the arrival of defender Sam Ricketts from Bolton.

"At 24, Kevin has already had good experience at both Burnley and Sheffield United, but is also a player with his best years ahead of him," Jackett told the club website.

"He is a ball-playing midfielder who is composed on the ball in possession and I am very pleased that we have added him to the squad.

"He is my second signing since arriving at the club, and I feel that in that midfield area he will prove a crucial one."