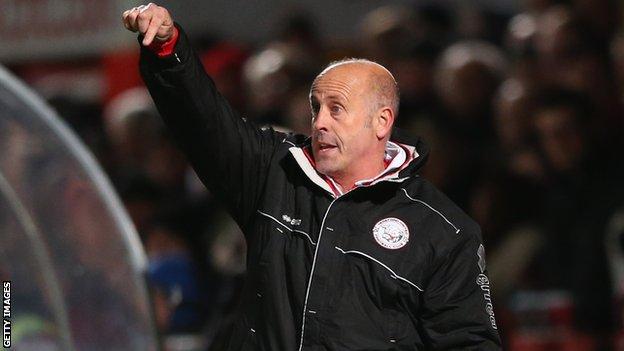 Martin Foyle has admitted that Hereford still have a lot of work to do if they are to be successful this season.

"There's a lot of learning to go on in this camp," boss Foyle told BBC Hereford & Worcester. "It's a little different from last year where there was a bit of Football League nous.

"There was a lot of aspects there that needed a lot of attention."

This summer, Foyle has overseen a massive overhaul of his playing staff as the club continues to adjust to life outside of the Football League.

The turnover of players at Foyle's disposal has been such that Luke Graham is the only player still at Edgar Street from last summer's pre-season.

And Foyle says that this season his focus will be on developing his team.

"I've told everyone that my coaching is going to be different this time," Foyle commented. "It's so easy to lambast people, but we've certainly got to help them, show them the game.

"I like to be organised, but there was a few of them who moved into ridiculous positions."