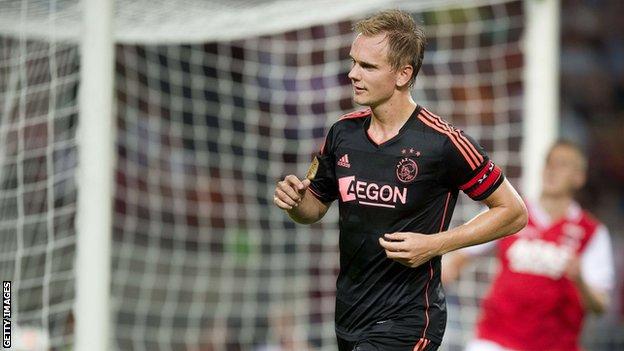 Ajax captain Siem de Jong will be out for six weeks, starting with Sunday's match with rivals Feyenoord, after being diagnosed with a collapsed lung.

The 24-year-old midfielder has played in both of the club's Eredivisie matches so far this season.

He had a check-up because of persistent tightness and coughing on Monday, although it is not known how long he has had the problem.

The Netherlands international has spent his entire career at Ajax.