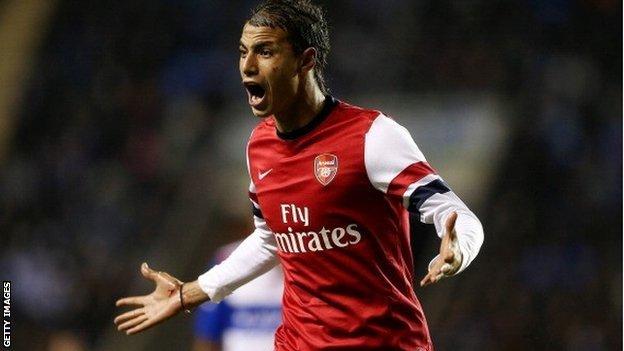 The 29-year-old international will wear the number 29 shirt for the Premier League side after completing a medical.

Chamakh was signed by Arsenal in 2010 - joining on a free transfer from Bordeaux - but, after scoring 11 times in his first year in London, he netted just three in the next two seasons.

Chamakh was loaned to West Ham in January but played only three times.

He is the third striker Palace have signed this summer, following the arrivals of Kevin Phillips on a free transfer and Dwight Gayle from Peterborough for an undisclosed fee.

Palace, managed by Ian Holloway, start their Premier League campaign at home to Tottenham on Sunday.