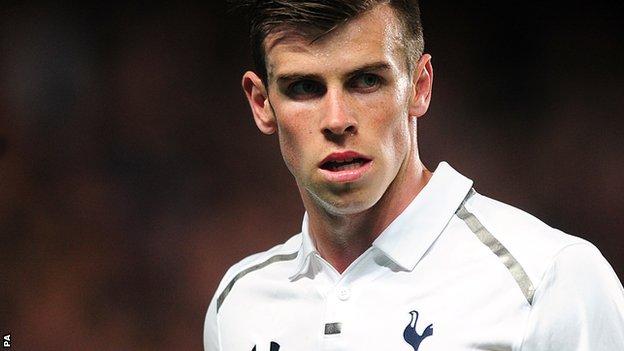 Wales forward Bale has been the subject of interest from the Spanish giants throughout the summer.

And Spaniard Michu says Bale, 24, would improve as a player if he was to move to the Bernabeu.

"He is one of the best players in the world and he's so young," Michu told BBC Wales Sport.

"He's going to get better in Madrid because he's going to play with the best players in the world.

"Real Madrid have a lot of experience in attack and Gareth Bale is one of the best players in the world."

A foot injury meant Bale was ruled out of Wales' friendly against the Republic of Ireland in Cardiff on Wednesday.

Bale has not played for his club Tottenham since Real Madrid manager Carlo Ancelotti revealed his club wanted to sign the Cardiff-born winger.

Spain, for me, is the best team in the world and it will be really difficult to get in the squad

That angered Spurs manager Andre Villas-Boas, who criticised Real Madrid for going public with their interest in Bale.

The player himself refused to comment on the speculation whilst on international duty with Wales, saying: "I'm really sorry, now's not the time to talk."

Should Bale move to Spain, he would be making the opposite journey to Michu, who joined Swansea from Rayo Vallecano in July 2012.

The 27-year-old made a big impression for the Swans in his debut season in the Premier League, scoring 18 goals.

He has yet to win a full cap for Spain but was watched by national team coach Vicente Del Bosque in Swansea's 0-0 draw at Everton in January.

Michu has ambitions to represent Spain but admits it will be difficult for him to force his way into the squad ahead of next summer's World Cup finals in Brazil.

"Spain, for me, is the best team in the world and it will be really difficult to get in the squad," Michu added.