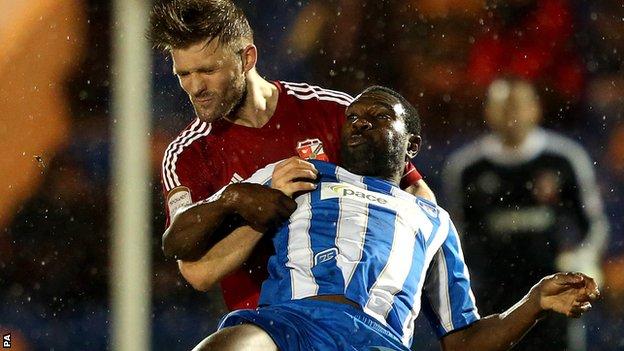 Swindon Town defender Darren Ward has signed a two-year deal, keeping him at the club until 2015.

In his first season at the County Ground, Ward played 43 times and, after the departure of Paulo Di Canio, had a brief spell as joint caretaker-manager.

"It's been common knowledge that other clubs were interested but I want to stay," he told the club website.

In a career spanning 18 years, Ward has played for Watford, Millwall, Crystal Palace, Wolves and Swindon, as well as taking in loan spells with QPR and Charlton.

He has made a total of 528 professional appearances, scoring 19 goals.