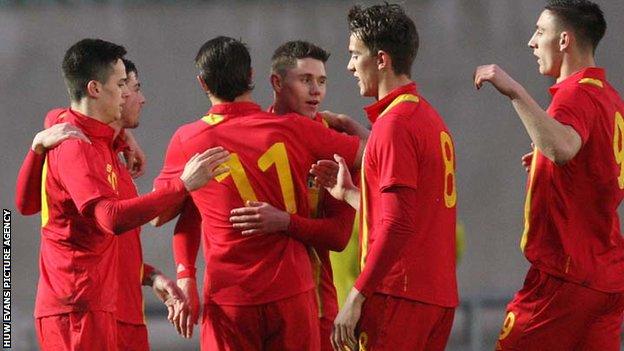 Manchester City Midfielder Emyr Huws scored Wales' only goal with a penalty at the start of the second half.

The home side were 4-0 behind at half-time, with Finland's striker Tim Vayrynen grabbing a hat-trick.

Manager Geraint Williams will have been disappointed with his side's defeat after they began their campaign in March with a 1-0 win over Moldova at Llanelli's Parc y Scarlets.

A sell-out crowd of 1, 023 turned up to watch Wales in the first under-21 international to be staged in Bangor since 1983.

Group One also includes England, San Marino and Lithuania with the finals taking place in the Czech Republic.