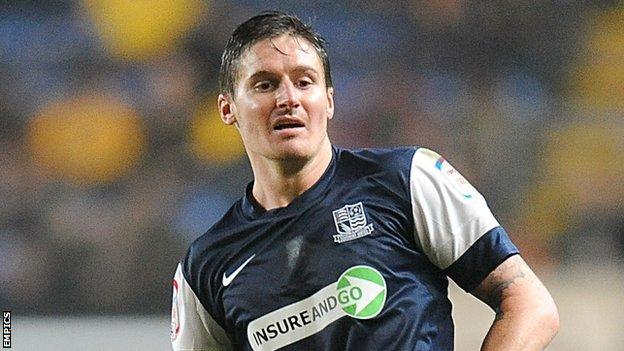 The 29-year-old was sent off for violent conduct following a clash with Pools defender Jack Baldwin.

Southend had to play the whole of the second half with 10 men but held on to the lead, provided by Freddie Eastwood's first-half goal,

Corr, who scored in the Shrimpers' opening-day victory over Plymouth, can now play against Northampton this week.

He would have been banned for three games had Southend's appeal against the red card not been successful.