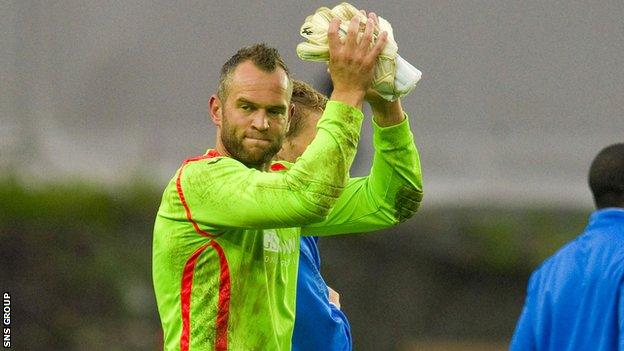 St Johnstone goalkeeper Alan Mannus has been ruled out for up to six weeks with a shoulder injury.

The 31-year-old was hurt in the late stages of Sunday's 0-0 draw at Kilmarnock.

He was due to start in Northern Ireland's World Cup qualifier against Russia at Windsor Park on Wednesday.

But Mannus will have his arm in a sling for 10 days before beginning his rehabilitation, with Steve Banks ready to deputise for him at McDiarmid Park.

Banks, 42, took up a player/goalkeepeing coach role with the Perth club in the summer.