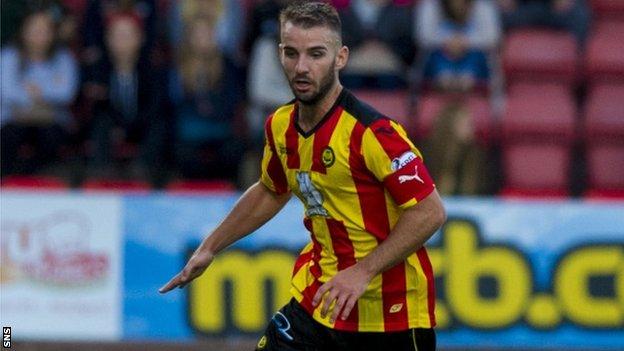 The 23-year-old midfielder's new deal at Firhill lasts until summer 2015.

Welsh joined Thistle last summer after being released by Hibernian having ended the previous season on loan with the side that went on to win promotion.

"The gaffer has done a great job getting so many of last year's squad signed up on lengthy deals and I am glad to have sorted out one," he said.

"He has also added a lot of quality among the new faces so we know that we have to play well to keep our places in the team."

Welsh had loan spells with Stenhousemuir in Division Two and Stirling Albion in Division One before joining Thistle in February 2012.

He helped them win the Division One title last season and is delighted with their unbeaten, two-game start back in the top flight as well as a League Cup win over Ayr United.

"I don't think we could have asked for a better start to the season and the great thing is that the players are really enjoying it," Welsh told his club website.

"It is early days, but we are pleased with the start that we have made."