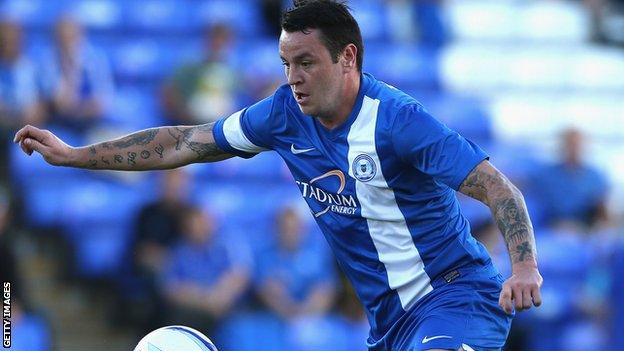 Peterborough United have rejected a transfer request from Lee Tomlin.

The 24-year-old forward was offered a new contract at London Road in July, but has now officially informed the League One club that he wants to leave.

Rooney, then Bale followed by Suarez and now Tommo. What is it with these flair like players and summer controversy

Posh owner Darragh MacAnthony tweeted: "Obviously L Tomlin's agent has been speaking to the press as all classy agents like him do.

"He is not for sale and any [transfer] request is turned down! That's all I'll say on the Tomlin matter."

Tomlin, whose current deal is due to expire in 2015, joined Peterborough from now defunct Rushden & Diamonds in 2010 and helped them secure promotion to the Championship in his first season.

Last season, he was the club's joint-top scorer with 13 goals but he could not prevent them suffering a relegation that has seemingly triggered his desire for a move.

MacAnthony later joked: "First Rooney, then Bale followed by Suarez and now Tommo. What is it with these flair like players and summer controversy?"