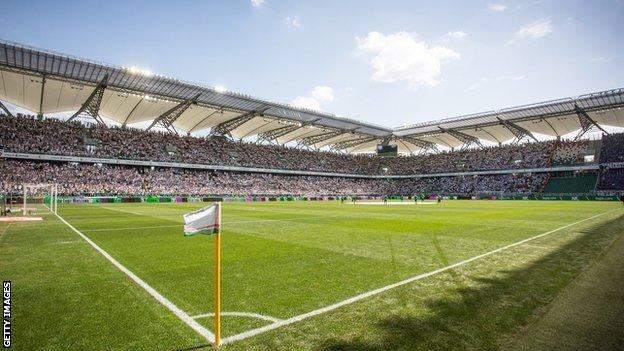 Uefa has punished Legia Warsaw because of racist behaviour from supporters during the Champions League tie with The New Saints.

The Polish champions have been fined 30,000 euros (£25,700) and ordered a partial stadium closure for their next European home game.

The sanction relates to incidents during matches with the Welsh champions on 17 and 24 July.

They will be imposed during Legia's play-off against Steaua Bucharest.

Legia won the tie with The New Saints 4-1 on aggregate in the second qualifying round and they defeated Norwegian side Molde in the next round to book a play-off meeting with Romanian club Steaua.

For the second leg on August 27 Legia have been ordered to close the north stand of their Stadion Wojska Polskiego.

A statement on Uefa's official website confirmed its control and disciplinary body had charged the Polish club under Article 14 of the UEFA disciplinary regulations on racism, other discriminatory conduct and propaganda, in relation to incidents in both legs against TNS.