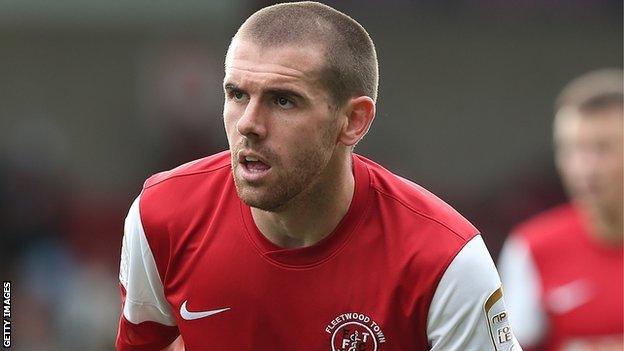 The 28-year-old's first spell with the Robins started as a loan from Bristol City in 2005 and, after making a permanent move, he went on to score 23 goals in 71 games.

Despite being first-team regulars last season, both Taylor and Jones have been dropped for the first three games of the season.

Midfielder Taylor, 26, joined the Robins from Rotherham in January and made 17 appearances last year, while Jones, 30, played 43 games during the 2012-13 campaign after signing from Exeter.

"It's disappointing that, after only two weeks, players come and ask you to go out because they're not in the team straightaway," said Yates.

"But if it's right for me, the club and the player then I will consider it. They both want to play football and I understand that, so we'll see what we can do."

Gillespie has also been left out of Fleetwood's plans this term and was told in the summer he would be made available for transfer.

"With the chance to come out and get some games I was more than happy to do it," he told BBC Gloucestershire.

"It was a bit funny coming in as it all comes back to you. It will be good to get out there on Saturday and see a few friendly faces."