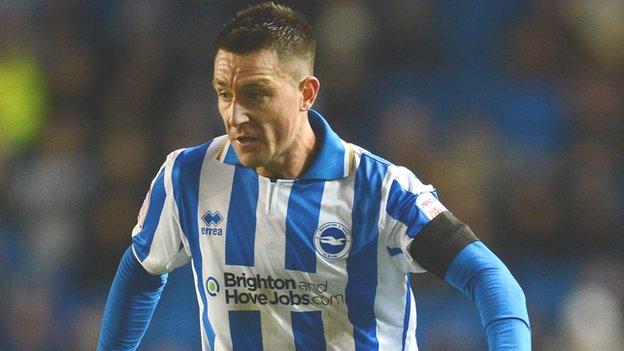 Portsmouth have signed defender Marcos Painter on a short-term deal.

Painter had been without a club following his release by Championship club Brighton in the summer.

The 26-year-old spent some of last season on loan at Bournemouth, but only made seven appearances in total during the 2012-13 campaign.

"He brings a bit of experience to our squad and is somebody who played at a high level," Pompey manager Guy Whittingham told BBC Radio Solent.

"He is an out-and-out defender and that is important to where we are right now. We feel fortunate he is coming to us and hopefully it'll be the start of a decent career here for him.]

Painter, who began his career at Birmingham, will now compete with Dan Butler at left-back and Whittingham added: "It's the one area where we felt we did not have competition and now we do."