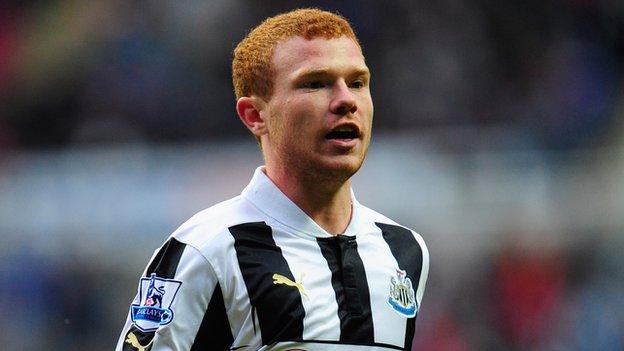 Newcastle striker Adam Campbell has joined League One side Carlisle on a one-month loan deal.

The 18-year-old, who joined Newcastle in 2002, has made three first-team appearances in the Premier League.

Carlisle boss Greg Abbott told Carlisle's website: "Adam is a good, young player who has been right on the fringes of the Newcastle first team.

"I spoke with Alan [Pardew] about him and he thinks a heck of a lot of him. He wants Adam to get more football."