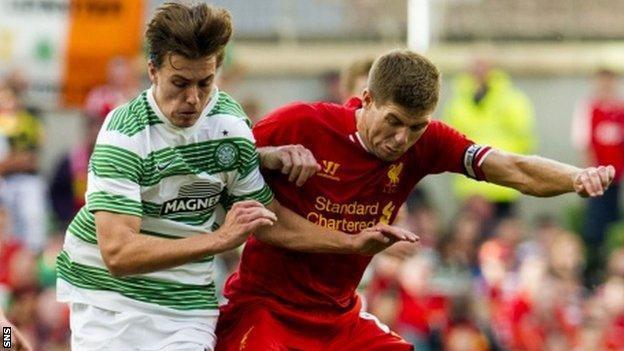 Australia Under-20 international Irvine joined Celtic in 2010 from Frankston Pines in his homeland.

But he has made only one first-team appearance for Celtic, his debut coming as a substitute last September against Hibernian.

Irvine, whose father is from Aberdeen, was capped at Under-19 level for Scotland before switching allegiance to Australia.

He was captain of Celtic's under-20 side last season and played in Celtic's 1-0 win over Liverpool in a pre-season friendly in Dublin on Saturday.

Now he has the chance of regular first-team football in Scotland's top flight following his move to Rugby Park.