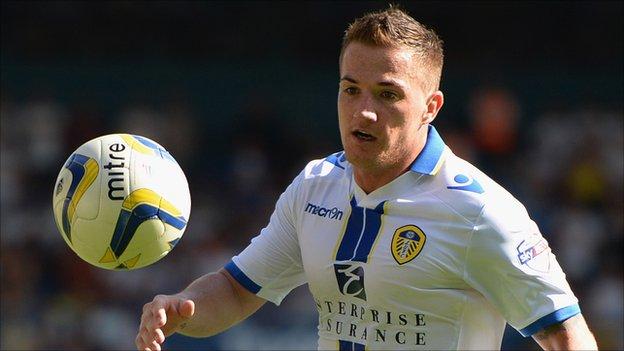 Middlesbrough manager Tony Mowbray has confirmed there have been talks with Leeds United about a possible transfer deal for striker Ross McCormack.

McCormack, 26, has featured in all three of United's matches so far this season, scoring once.

Mowbray has outlined his intentions to bring another striker to the Riverside as soon as possible.

"I've had conversations with Brian McDermott, but I don't know where the situation is," Mowbray told BBC Tees.

"I leave that to the men in suits. If something can be worked out great, but if it can't, we have other options that we can pursue."

Former Rangers, Doncaster, Motherwell and Cardiff City forward McCormack has scored 30 goals in 111 appearances for the Elland Road club since arriving from south Wales in August 2010 for an undisclosed fee.

"The opportunity is there now to add some players we'd like and create a team that we'd like to go forward with and let's try to do it," he said.

"Let's hope we get some more additions to the squad and hopefully we'll have a team that supporters can see will score goals and will win games."