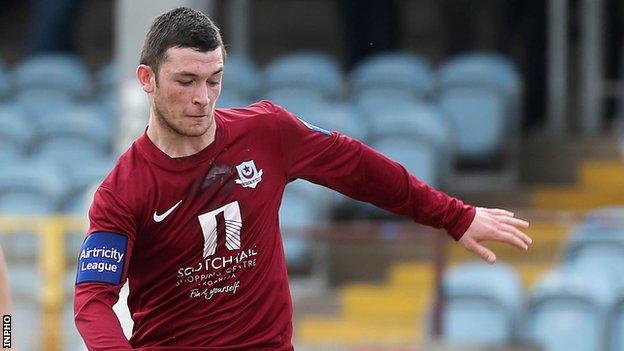 Derry City's hopes of launching a serious late-season challenge for the Premier Division title received a huge blow when they lost to Drogheda United.

It was Drogheda's second win at the Brandywell in 12 days, following their EA Sports Cup semi-final triumph over Declan Devine's side.

Gavin's brother Ryan Brennan made it 2-0 with a penalty soon after half-time.

Referee Alan Kelly awarded the spot-kick for a push by Shane McEleney on Ryan Brennan.

Derry did not have that many chances although they went close to getting back in it when Ryan McBride flashed a header just wide.

It was the north-west club's fourth defeat in six league fixtures.

City had gone into the game five points off the top of the table but now find themselves eight behind Premier pacesetters St Patrick's Athletic who had a 1-0 win over Shelbourne.