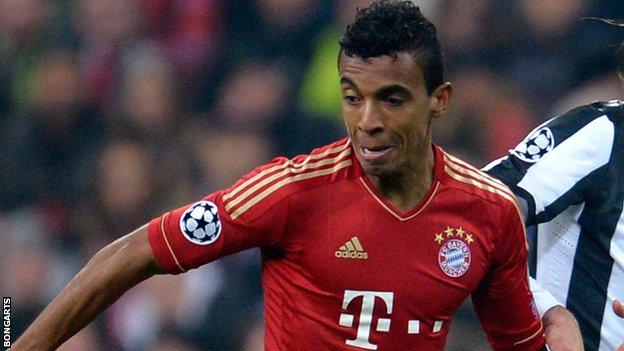 Gustavo, 26, who joined Bayern from Hoffenheim in 2011, was heavily linked with a move to Arsenal this summer, but has opted to remain in the Bundesliga.

The midfielder, who scored six goals in 64 games for Bayern, could make his debut at home to Schalke on Saturday.

"The 26-year-old has signed a deal to 2018 and will be officially presented later today," Bayern said.

The Bavarian side won the Bundesliga title, Champions League and German Cup last season but Gustavo was not guaranteed regular first team action under new coach Pep Guardiola, which could have threatened his national team spot ahead of the 2014 World Cup in his home country.

He said earlier this week: "I have a contract until 2015 so there is no reason to despair, but I want to move to a club where I can play."

Wolfsburg have spent much of the last few seasons in the lower half of the table after winning the 2009 Bundesliga title, and lost their season opener to Hanover 96 last week.