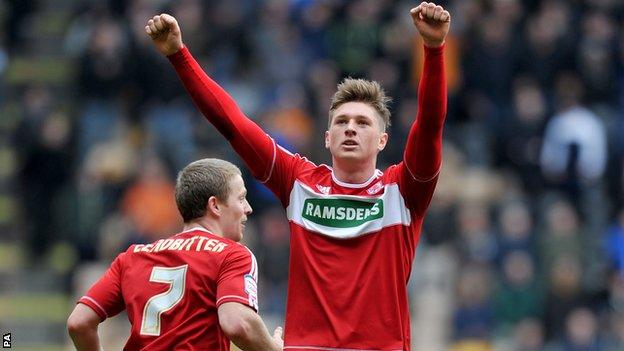 "It's fantastic for me, hopefully I'll get game time and score some goals," he told BBC Radio Shropshire.

England Under-20 international Reach has gone on to play 24 times for Middlesbrough, and also made five appearances on loan at Darlington.

Looking forward to his latest loan spell, he added: "A month's not a very long time, but hopefully I can kick on and get some good performances in.

"At the end of the month Shrewsbury might say we'll have you for another month, another team might like me, or hopefully I'll get into the Middlesbrough team."