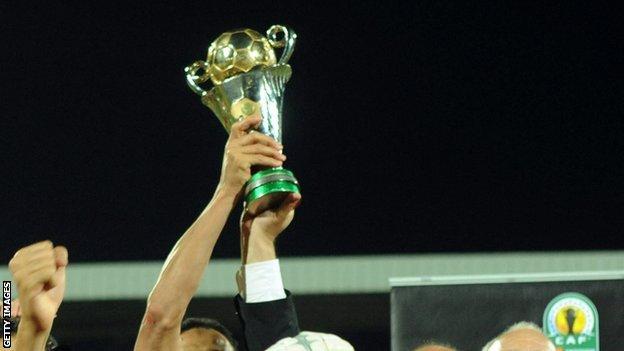 TP Mazembe of the Democratic Republic of Congo lost 1-0 away to CA Bizertin of Tunisia in their latest Confederation Cup Group B match.

It was Mazembe's first defeat in the group phase of this year's competition.

The match was goalless until the 87th minute when Yassine Salhi scored the winner for Bizertin from the penalty spot.

Mazembe are now second in the group - a point behind leaders Bizertin - but the Congolese side, who have won four Champions League titles, two Super Cups and one African Cup Winners Cup, are still expected to take one of the semi-final berths.

They boast a multi-national squad of stars which includes Malians, Ghanaians, Tanzanians and several of the Zambian team that stunned Africa by winning the 2012 Cup of Nations after a shoot-out with Ivory Coast in Gabon.

Group winners and runners-up after the six-round mini-leagues advance to the semi-finals of a competition offering a $660,000 (500,000 euros) first prize.

There is also a lucrative one-off fixture away to the Champions League title-holders, which guarantees to inject at least $50,000 into the club bank balance.

Elsewhere, Tunisian club, CS Sfaxien overcame Saint George 3-1 in Ethiopia to build a five-point lead at the top of Group A.

Saint George improved after the break and Umed Ukuri, one of many national team stars in the line-up, hit a consolation goal.

On a good weekend for Tunisia, Etoile Sahel forced a 0-0 draw at Stade Malien of Mali in the same group to enhance their own hopes of progression.

Sfaxien, who are emerging as the biggest threat to Mazembe, have nine points after three rounds, Etoile have four, George have three and Malien are bottom on one.